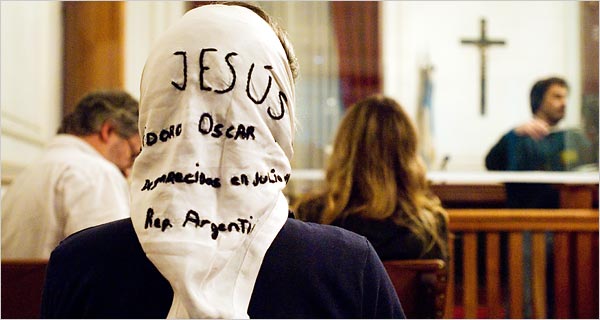 A member of Mothers of May Plaza, a group that has pushed for answers about the dirty war. They wore scarves
with names of  the disappeared at the trial of the Rev. Christian von Wernich.